Open Robotics aims to promote interest in robotics through multidisciplinary robotic ventures, including our current Artbot, Pianobot, and Robocup@Home projects. Artbot is working on their first prototype for the RobotArt Competition in Seattle, 2021. The team uses machine learning techniques to develop a robot that can create both interpretive and abstract paintings. Pianobot is based on some of our members’ technological interest in music. The first model, including 2 robotic hands, is now complete. Each hand spans 1 octave and can play songs in a key signature with no flats or sharps. Robocup@Home is working on a humanoid service robot to enter the international Robocup@Home Competition in France, 2021. The project further splits into 4 distinct sub-teams focusing on the arms, drivetrain, gripper, and ROS-based software control systems. 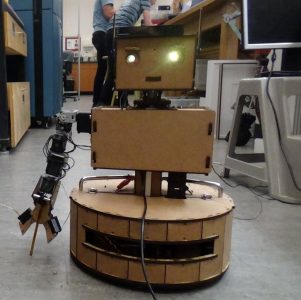 Snowbots is an interdisciplinary team of passionate students with the goal of promoting research and development in the field of autonomous ground vehicle technology. Our aim is to create an environment for interested and talented students to practice their academic knowledge in a hands-on, teamwork-focused project. We believe that this is through this experience that a student can come to respect his knowledge and skills. UBC Snowbots participate in an annual competition called the International Autonomous Robot Racing Competition (IARRC). IARRC is an event hosted annually with the goal of promoting R&D in the field of autonomous vehicles among students. These vehicles are robots that, ultimately, are to replace current human-guided cars!

Thunderbots is a student-led design team that creates autonomous soccer-playing robots to compete against teams from around the world in the Small Size League of the annual Robocup competition. Consisting of members from engineering, science, and computer science faculties, Thunderbots creates a supportive environment with emphasis on teaching and mentoring to challenge members to apply their skills and experience to solve complex, multidisciplinary engineering problems. The team also promotes robotics and engineering through community events and demos. The hard work and continuous improvements made by team members help drive Thunderbots towards its goal of being one of the top teams at competition 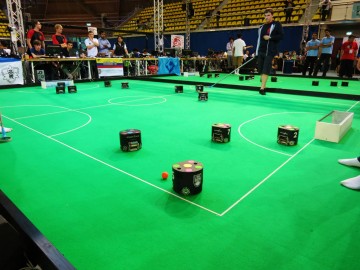 UBC AgroBot aims to help future-proof farming. As the world population grows, climate change continues and reliable human labour becomes increasingly expensive, we must find more efficient and sustainable ways to grow food and sustain ourselves. The AgroBot team will be building a fully autonomous robot capable of analyzing its environment and performing targeted weeding, fertilizing and soil analysis using advanced robotics, image recognition and machine learning. This technology can drastically reduce the negative impact agrochemicals currently have on the environment. We will be competing this robot at the annual AgGrowBot competition at Purdue University. AgroBot also aims to develop and improve agricultural technologies in other sectors such as aquaponics and integrate them into our campus food system. Members get to apply their engineering knowledge and help solve complex, real-world problems in a dynamic, multidisciplinary team.

UBC Unmanned Aircraft Systems (UAS) is an undergraduate aerial robotics team that develops autonomous drones and their associated support systems capable of performing missions such as search and rescue, wildlife survey, and law enforcement. The team consists of members from a range of engineering disciplines including electrical, computer, and mechanical, and other disciplines including computer science, physics, and forestry. We are one of the top UAV teams in Canada, competing in the annual Unmanned System Canada (USC) competition against Canada’s top universities, placing 3rd in 2018 and winning innovation awards in previous years. We also competed in the Association for Unmanned Vehicle Systems International Student Unmanned Aerial Systems (AUVSI SUAS) competition against over 60 teams from across the world. To learn more about our projects and receive updates, follow us on Facebook and Instagram! 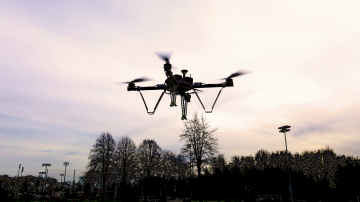